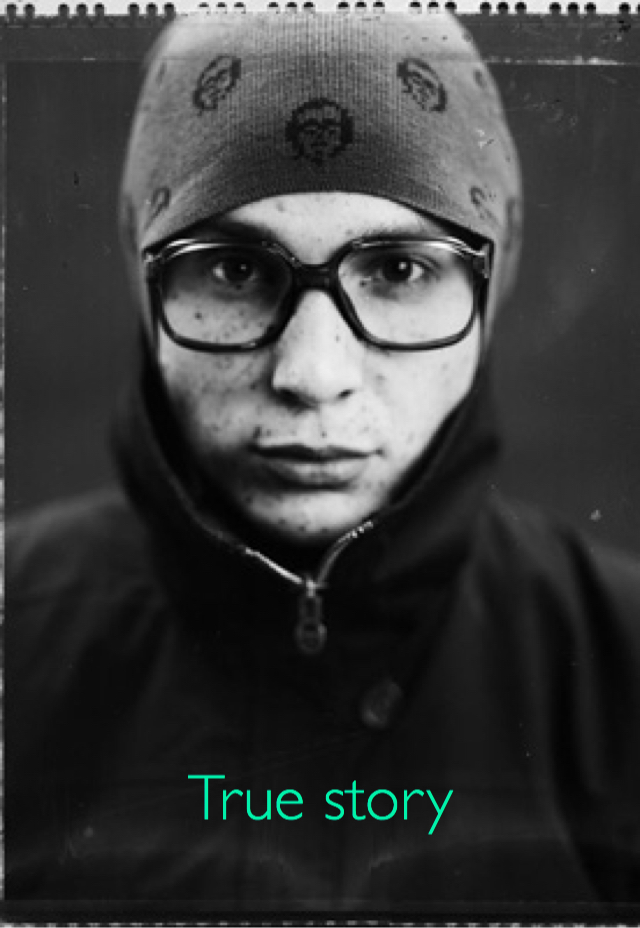 Many years ago while I was still working with my fashion brand Jenny Hellström, we were working with a great guy named Ludvig. I didn’t just like him for his beautiful freckles but also because he shared my passion for rainy days—and whenever I hear people talk about how they love rain, they get just a little bit more interesting to me.

Ludvig had been modeling for us for a couple of seasons and during this period he had collected quite a few garments from my collections. One day he stopped by my showroom and told me this crazy story.

He had been dressing up for a night out with some friends. Being a pretty boy, it didn´t take long to get himself ready to go. He wrapped his Jenny Hellström logo scarf around his neck since it was freezing outside, folded up the collar of his wool coat and finished his ensemble by putting on his Jenny logo hat.

When he arrived to the Metro station there was a bit of a wait so he leaned against a wall, looking as gorge as he always did.

Suddenly he noted two guys that were walking towards him. It was obvious that they wanted his attention somehow and their body language said that they were there to provoke him. Terrified, Ludvig realized too late that they wanted to fight him.

As you can see on his portrait, this guy is not a body builder so let’s just say—not the most comfortable situation he could have gotten into.

The guys started pushing him, first almost playful but rather quickly it got more and more violent. Soon, one of the guys, the one that seemed to be the more aggressive one grabbed Ludvig’s scarf tight by his neck.

Ludvig knew that he had no chance against those two thugs. He closed his eyes waiting for it to happen, but for some reason, it didn’t.

For a moment, time stood absolutely still. Ludvig was getting quite confused about the whole situation and suddenly he slowly felt the grip of the violent guy starting to loosen up. Uncertain of what was going on he tried to open one of his eyes as inconspicuously as possible in order to grasp the situation.

If he had been confused before, the scene that appeared in front of him now, made him seriously confused. Now, for some reason one of the angry guys stood there looking almost happy, smiling at Ludvig, and said:

“Damn, that´s some serious shit you are wearing!”

He had now also discovered that the t-shirt Ludvig was wearing had the exact same print as the scarf. That means: Jenny’s dad’s face all over Ludvig’s upper body including his head!

The guy now let go completely of Ludvig’s scarf and looked at him with a great respect and said:

They high-fived Ludvig like they had never been anything but best friends and then, like a miracle, they just walked away.

Ludvig tried to look as cool as he could despite the unreal event that just had taken place. He brushed the dirt off his shoulders and stepped on the next train like it was just like any other night.

Let me inspire You.

get a mini pdf full of inspiration. It´s free:)

Thank you so much for signing up! Please confirm your subscription in the email we just sent to your inbox, and the mini pdf will be sent to you in a heartbeat! I´ll keep you updated with news and inspiring projects once in a while. Love, Jenny